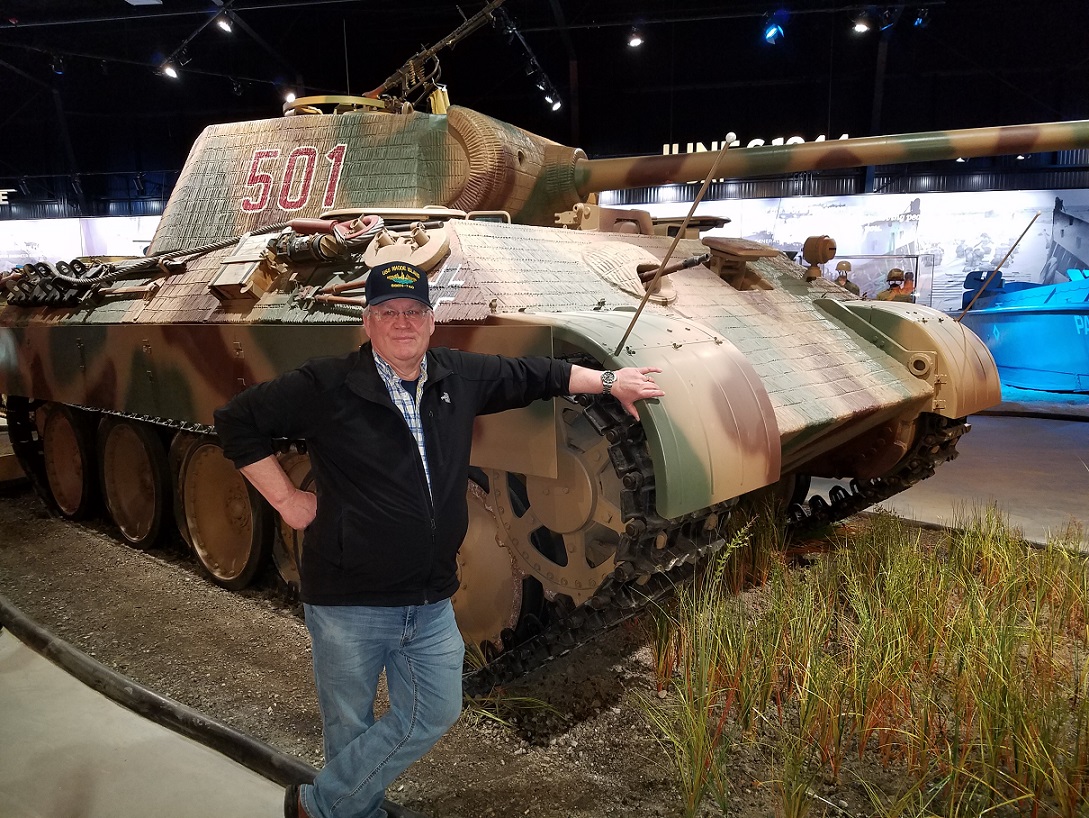 No, that isn't my new car...¹
Yes, I am still coasting, as in not working on the book, I need a cuppla-three days or such to try and decide just where the lads are going next. Well, in truth, where their respective armies will send them next. The guys in the Big Red One and the British are fairly well accounted for as regards the "big picture."
I have more leeway with the Germans, I thought about having them rejoin their original parent unit, the 275. Infanterie-Division. That division was destroyed in the fighting in the Hürtgenwald and disbanded. It was then reformed in January of 1945 then sent to the Eastern Front where it was (surprise!) destroyed again. The survivors after the Hürtgenwald became part of the 344. Infanterie-Division, which was also sent to the east.
As I want to keep von Lüttwitz and Sauer in the west, I'll probably have them join one of the Volksgrenadier divisions. We shall see. Maybe another independent (ahistorical) Kampfgruppe? Maybe, but probably not, losing your whole Kampfgruppe doesn't really lend itself to a fellow getting another one, but those were desperate times.
I also have a bunch of reading to do. The Nuke and The WSO got me some books for Christmas and The Missus Herself authorized me to order some more in honor of our anniversary. Two authors were involved, Antony Beevor, whose book on Stalingrad I had already read, and Ian Toll, whose book Six Frigates I used to have on my Nook, before it died an untimely electronic death.
From Mr. Beevor - The one on the left I had, The Nuke gave me the one on the Ardennes (which I'm currently devouring), and the gift of a Barnes & Noble gift card from The WSO gave me the wherewithal to purchase the two on the right. Can't recommend Beevor enough.

From Mr. Toll - Yes, this is a small pic, but you get the idea, I'm getting these on Friday. (Hat tip to Dorothy - you know who you are - for recommending the first on the list below. There are some folks that if they recommend a book, I read it. Dorothy is one of those folks.) 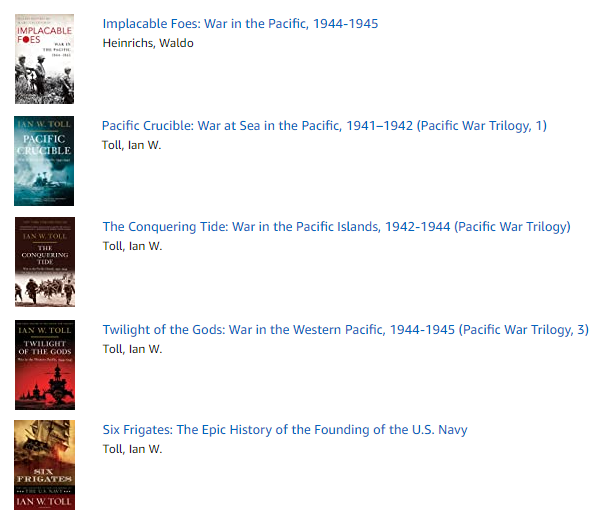 Both men are excellent authors. You might note the number of books on the Pacific War, I also have Hornfischer's trilogy on the Navy in the Pacific in WWII. If that makes you think I might try my hand at a novel set in the Pacific Theater, well, you'd be correct.
So then, I'm off, to research, to read, and to ponder.
Cheers!
¹ This particular tank was pulled out of a river in Poland and rebuilt. It was featured in the 2nd episode in the 1st Season of the television series Tank Overhaul.
OldAFSarge at 2:00 AM
Share