Why We Need Assault Rifles

After listening to all of the idiots, lunatics, so-called experts and just plain stupid folks over the past few days, I thought I'd just clarify why we, the American people, need assault rifles.

No, I don't need it for hunting.

No, I don't particularly like to fire off multiple rounds just for the hell of it. That gets kind of expensive and simply wastes ammunition.

All that aside, what is the primary reason why the American people need assault rifles? 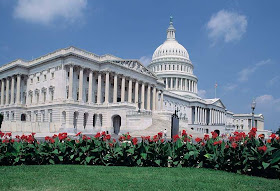 ...to protect ourselves from the government.