Now it's my turn to be "There and Back Again." 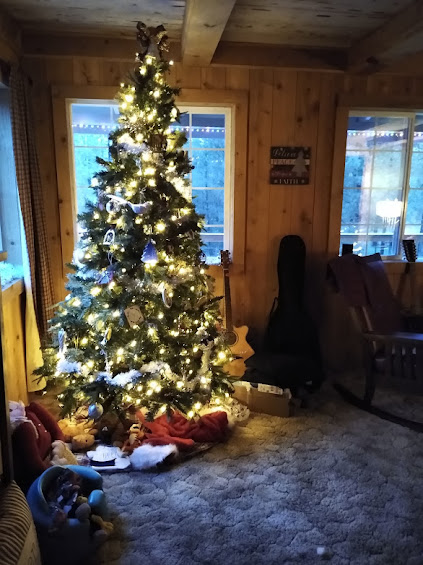 I may have mentioned in the comments or a post of my own that I was heading up to Oregon after Christmas to visit our niece's baby boy.  Leaving at 0400 on the day after Christmas during a pandemic made for quick travel, arriving in just under 10 hours.

It was a much needed trip.  After a year of missed occasions, lost opportunities, and restrictive, yet unsuccessful quarantines, not to mention tumultuous politics, we needed a break.  Sure, we made it up there during the summer, but that was all work and no play, moving my wife's mom off her ranch to a new home which she shares with that new baby's grandma, my sis-in-law (SIL). 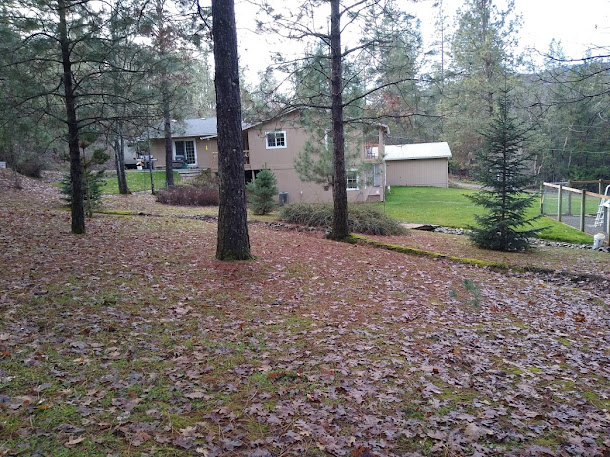 It's a beautiful property, plenty of room, open spaces, some trails, and a nice view of the valley below.  We love the San Diego weather, but it's really nice to experience an environment where one has to bundle up every once in a while.  We had a great time doing a whole lot of nothing.  We sat in front of a warm fire, had nice conversations while listening to some vinyl, shared a couple of adult beverages, and went for some nice walks. 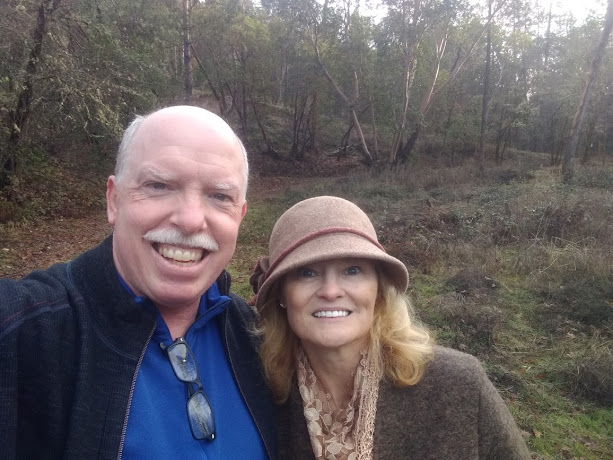 On one of the walks, we met a new friend from the property next door. 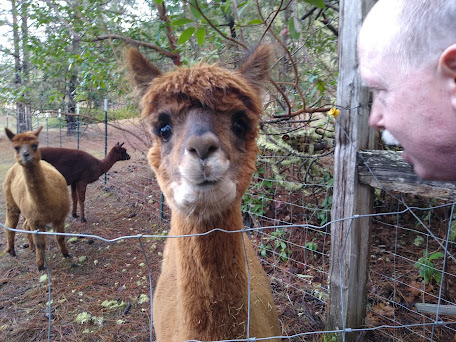 She was very curious about us and almost a little affectionate. 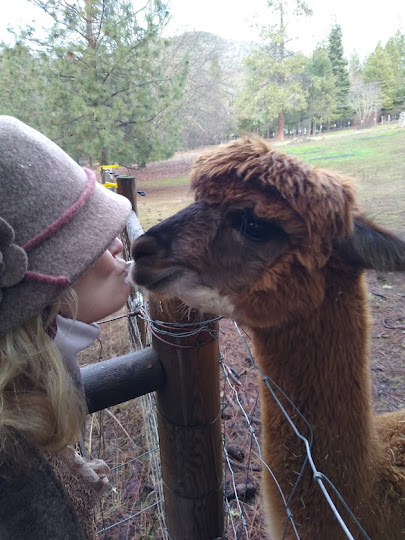 Finally, we spent a little time with this little guy. 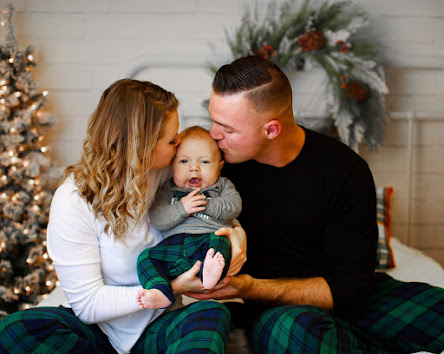 He's the first grandkid on either side so he's quite popular among the family members.  We all agree he's the best thing to happen in 2020.
A couple days later we went on another walk down by the Rogue River. 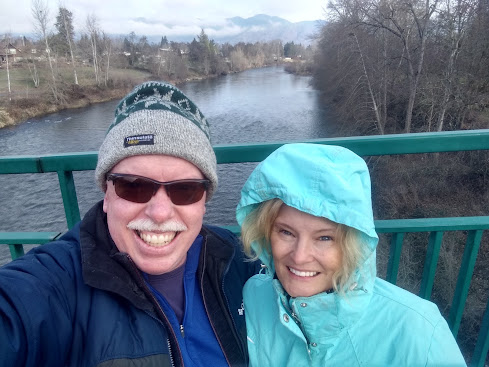 Much colder than the first walk, we were well chilled afterwards.  We saw plenty of locals in light jackets, but we city-folk were icicles afterwards, despite the multiple layers.  The next day she felt lousy, with a very sore throat.  We also found out that SIL's son's girlfriend, who stopped by for a couple hours, was later positive for Covid.  Everyone at the house had been essentially quarantined (working from home) or recently tested as part of their job in healthcare or social services so we thought we'd be good to go, but maybe not.  Their county is far better off than any in California, but it only takes one.  We went to get her tested on NYE at my mom's old hospital, but their lab sucks and takes 4-5 days to get the results.  The baby went home on the 30th, but SIL and her husband also have a 13 year old with juvenile diabetes.  He's fit and healthy otherwise, but we all thought it would be best to get out of dodge just in case.  So after mimosas and eggs benedict I whipped up for breakfast on New Year's morn, we packed up and headed back south. 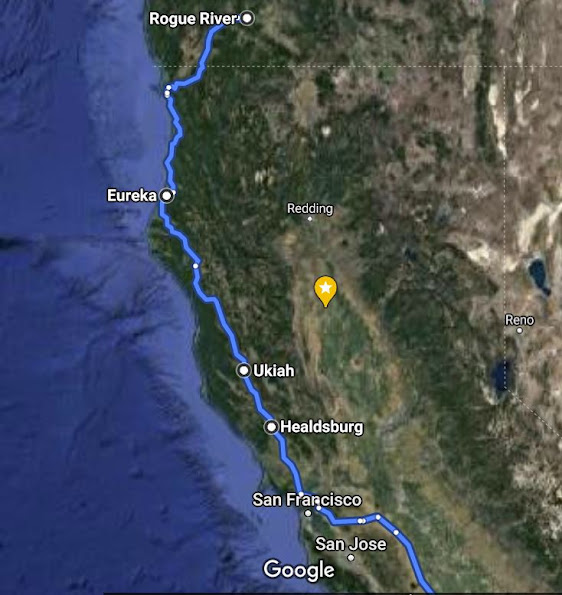 We always take Interstate 5 which is a straight shot from there to home.  It's a 12-14 hr drive, depending on traffic, which is non-existent for the most part these days.  But with no kids or dogs, our plan was to take the far-more scenic route down the coast, driving through the Redwood Forest, along US 1 and 101, through Sonoma and Napa, stopping in historic towns of Eureka and Healdsburg, seeing all the beautiful sites that California should be known for. 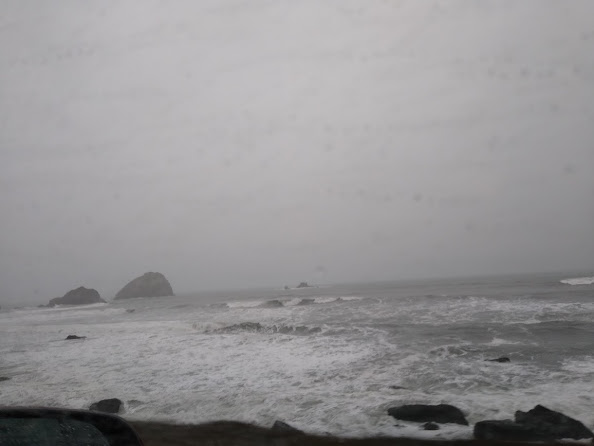 We still did that, but due to a late start and a heavy rain storm, the pictures were limited, and our COVID concerns precluded any sightseeing.  In fact, actual seeing was difficult.  We drove the entire way from Rogue River to Ukiah (RO1N) with the wipers on high.  Once it got dark around 5PM I had to concentrate just to see a hint of the white line on the side of the road.  While sometimes very slow, I was grateful to have a car in front of me during the twisty turns so I could guide off the taillights.  By the time we arrived at the hotel 6.5 hours later, I was frazzled.
Light rain the next morning so we saw a little more of the countryside and plenty of wineries, including one owned by some movie guy. 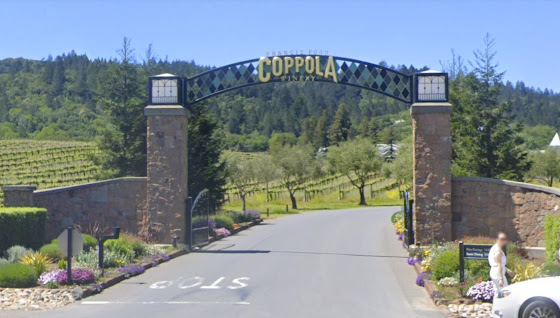 Haven't tried his wine, but his movies are pretty good.  Saw several other big-brand wineries from the 101 including Kendall Jackson, of which we have consumed a fair amount of.  Even if the weather and her health had been good, all bars, restaurants, and tasting rooms are currently closed by order of the governor.  If any Chanters are registered Californians, please consider signing the petition to recall him.  If not for the COVID issues, then because he's a smug hypocrite.
The rest of the trip was uneventful.  Traffic was still light due to the shutdown and being a holiday weekend.  Despite the weather and the plandemic, it was a nice trip.  We'll have to go back when things are better and we can actually see the sights.
Well, I hope your New Years was less eventful.  This new year won't actually be anything new I'd expect.  It'll be many months before the current infection rates go down in California and for the vaccine to start making any sort of measurable different in our herd immunity, especially with a large portion of the population claiming they will refuse the shot.  Despite Biden taking over I don't see the politics of this thing lessening up either.  So welcome to 2021, aka 2020 the sequel.  Sorry to be such a debbie downer, but I think the world being different on Jan 1st is very false hope.  Late this year we can revisit that though, and I'm hopeful.  Until then, enjoy the earliest part of 2021.

If my Governor or any Karens out there want to chastise me for traveling during Covid, have at it.  I just disagree with how the Govt is dealing with a disease with such a low mortality rate, one that barely affects children, and seems to hit mainly the elderly and those with co-morbidities the most.  We're shutting down the world for an illness most of us will easily survive.  I can wear a mask and keep up with the hand washing, but I'm not going to stop living my life.  I'm not in the "if we can save just one life" crowd.  I'll await our results*, but I'm asymptomatic and my wife has a mild case if it's positive at all.  Since we're healthy, I'm not going to live in fear of getting it.  Now, or in the future.

I mentioned listening to some vinyl.  I've recently grown to enjoy that simple pleasure very much.  My BIL got me hooked on a bunch of 70's hits, "Yacht Rock" is often played on XM as well, and I've begun a decent collection of 70's/80's records.  Some of my faves-  FM Original Motion Picture Soundtrack, Jackson Brown Running on Empty, Little River Band Greatest Hits, and some Cat Stevens, Bread, and Doobie Bros are all on the frequent play list.  Anyone still spin vinyl?
*Turns out my wife is positive so I got a test Tuesday morning.  I wrote this on Sunday so the timing of current events didn't work out for the Wednesday post and I didn't feel like rewriting.  I had a single mild symptom on Monday, none on Tuesday, so hopefully I'm either clear or barely sick.  The doc was very nonchalant about it, saying most who are positive have a mild case.  You wouldn't get that from the news- which makes it sound like death is at everyone's door.
Tuna at 1:30 AM
Share